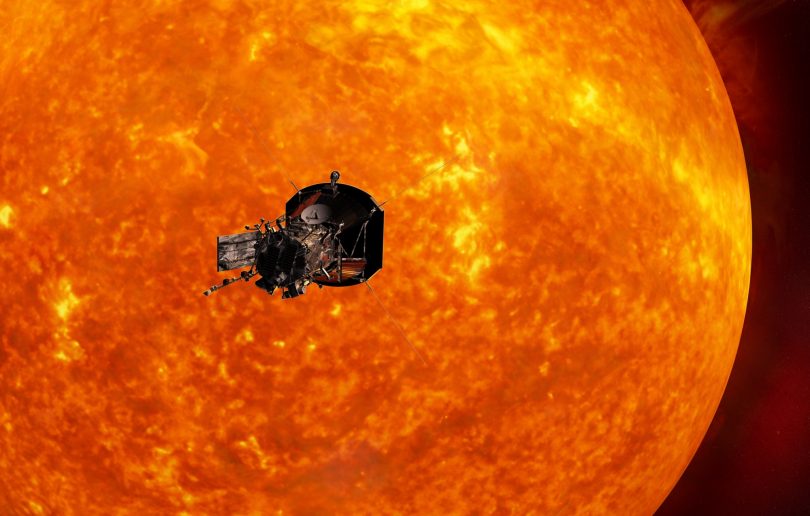 Mankind’s first mission to ‘touch’ the Sun, NASA’s Parker Solar Probe, has been launched on a 7-year long journey to unlock the mysteries of our Sun’s fiery outer atmosphere and its effects on space weather.

The Liftoff took place from Space Launch Complex 37 at Cape Canaveral Air Force Station in the US. The spacecraft was launched with the help of the United Launch Alliance Delta IV Heavy rocket. The mission is named after a living scientist, Eugene N Parker.

About four million miles from its surface, this car-sized spacecraft will travel directly into the Sun’s atmosphere. It is more than 7-times closer than any other spacecraft that has come before. During its 7-year mission, Parker will make 24 passes through the corona. This USD 1.5 billion mission will perform the closest-ever observations of a star and will help us to better understand the corona and how processes there ultimately affect near-Earth space.

With the launch of this historic Parker Solar Probe, a  question arises: Why won’t it melt?  A region that is known as the corona, inside the solar atmosphere, Parker will provide observations of what drives the wide range of particles, energy and heat that course through the region. It will travel through the material with temperatures more than several million degrees Celsius while being bombarded with intense sunlight.

According to the US space agency – NASA, “Parker Solar Probe has been designed to withstand the extreme conditions and temperature fluctuations for the mission. The key lies in its custom heat shield and an autonomous system that helps protect the mission from the Sun’s intense light emission, but does allow the coronal material to ‘touch’ the spacecraft.”

The surface of the heat shield that faces the Sun will only get heated to about 1,400 degree Celsius. The probe makes use of a heat shield known as the Thermal Protection System, or TPS, which is eight feet in diameter and 4.5 inches thick. Those few inches of protection mean that just on the other side of the shield, the spacecraft body will sit at a comfortable 30 degrees Celsius.

The TPS was designed by the Johns Hopkins Applied Physics Laboratory. A carbon composite foam was sandwiched between two carbon plates. To reflect heat as much as possible, a finishing touch of white ceramic paint was done on the sun-facing plate. Tested to withstand up to 1,650 degrees Celsius, the TPS can handle any heat the Sun can send its way, keeping almost all instrumentation safe.

The corona holds the answers to many of scientists’ outstanding questions about the Sun’s activity and processes. The mission’s findings will help researchers to improve their forecasts of space weather events.